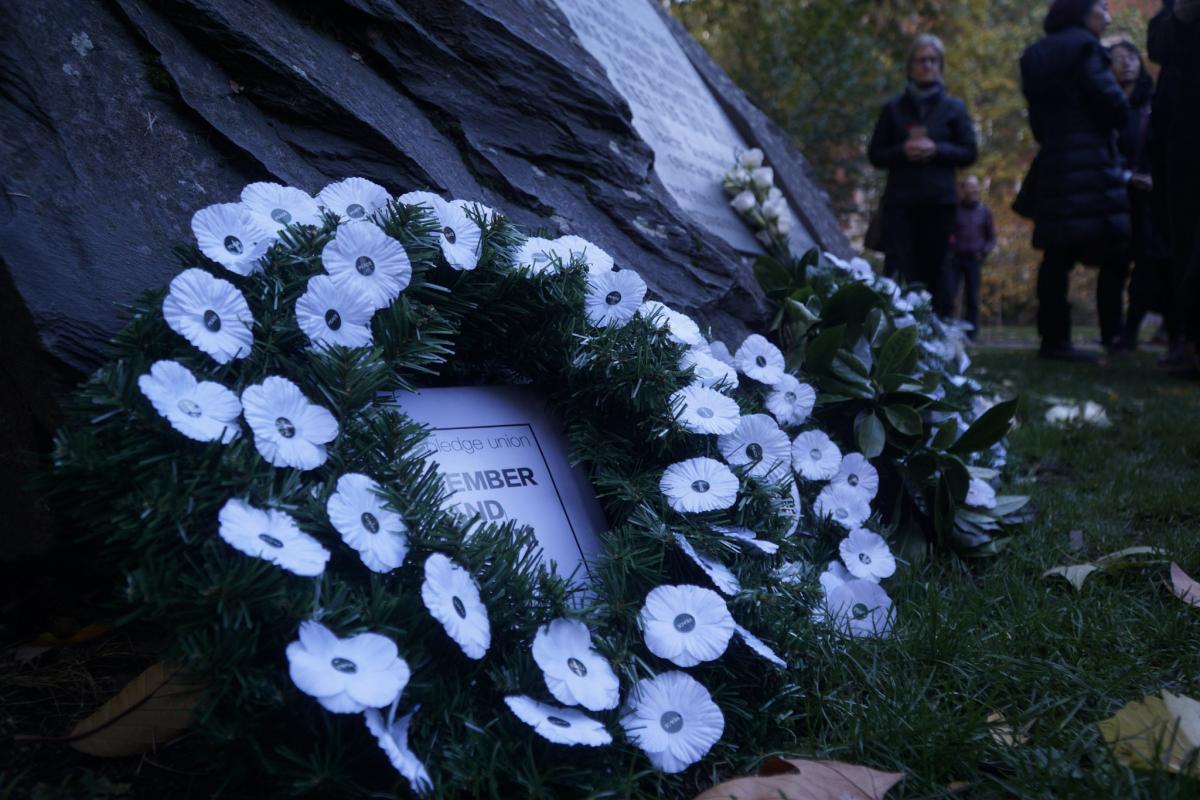 White poppy wreaths have been deliberately removed from at least four memorials in various parts of Britain. They are thought to have been stolen by militarists who object to white poppies.

The Peace Pledge Union (PPU), who supply the white poppies, said that the removal of white poppy wreaths has this year been reported in Bath, Worthing, Lewes and Skipton.

The PPU condemned the removal of the wreaths, saying it was insulting to millions of people killed in war, who white poppy wreaths are designed to remember.

A number of red poppy wearers also took to social media to condemn the removal of white poppy wreaths.

The PPU urged anyone else whose white poppy wreath is stolen or vandalised to contact them at mail@ppu.org.uk or on 020 7424 9444.

In Bath and Skipton, the wreaths were removed before the end of the day on Remembrance Sunday. The wreath in Worthing appears to have been removed the day afterwards. The theft in Lewes was reported during the following days.

It is common for white poppy wreaths to be removed or vandalised, but this year has seen increased media debate about white poppies and the nature of Remembrance, in the light of the centenary of the end of World War One.

PPU spokesperson Symon Hill said, “It is ironic that white poppy wearers are so often accused of disrespecting the war dead. It is not people who wear white poppies, but people who remove white poppy wreaths from memorials, who are insulting victims of war.”

In 2016, white poppy wearers in the Forest of Dean were prevented at the last minute from laying a wreath after the authorities were threatened with "trouble" if white poppies appeared on a war memorial.

The Royal British Legion, who produce red poppies, argue that remembrance should be concerned only with UK and allied armed forces personnel and with “support for the armed forces”.

However, British Legion branches vary in their attitude to white poppies. This year, they took to Twitter to challenge people who were insulting white poppy wearers and to defend the right of people to wear them.

Not all local branches of the British Legion are keen to follow this lead. Some branches of the Legion, such as in Aberystwyth, negotiate joint ceremonies with white poppy wearers, but others go out of their way to insult them.